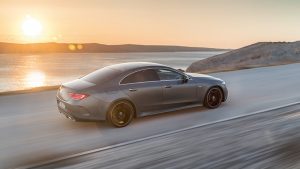 The future of diesel engines in the UK

24 Jun 2020
The future of diesel is a frequent headline topic in today’s media. Since the launch of WLTP, and the rise of the electric vehicle market, considering the environmental impact of your vehicle has now become a moral decision that each of us must make. The distant future may be pointing towards electric, but what is the future of diesel?

What is the government doing?

The British government has made a commitment to become carbon neutral by 2050. British road users will face major changes in the bid to make this a reality, as the government has announced a ban on all new petrol and diesel cars from 2040. In the short term, there has been an increase in emissions taxes, an increased focus on electric charging infrastructure and some resulting confusion for car buyers on which engine is the best for them right now.

What is better for emissions, petrol or diesel?

Generally speaking new generation diesels produce less CO2 emissions than petrol engines, and do so more efficiently. However, petrol engines produce less of some other of dangerous emissions such as NOx. From an emissions perspective, the best car depends on your environment. More built up, urban areas tend to have a poorer air quality due to NOX emissions, which makes petrol a superior environmental choice toward keeping city air clean. CO2 emissions have a higher impact on the natural environment around us, making a diesel engine preferable for those of us driving in the countryside.

Should I buy a petrol or diesel car?

For those of us taking longer drives in less built up areas, a diesel engine will not only provide better fuel economy but will also give a more dynamic driving experience. Superior torque in diesel engines provides smoother overtaking, which makes motorway driving much more enjoyable. A diesel engine will also run more miles to the gallon, which will have an economical benefit for long range drivers. Petrol will continue to have a smaller price tag at the pumps, and so drivers who are completing shorter journeys will feel the benefit in their fuel bill. Petrol engines are also often quieter than their diesel counterparts. Newer diesels have a higher tax bracket than petrol cars as part of the government’s plan to tackle air pollution.

What does the future look like for diesel cars?

For Mercedes-Benz, our immediate future lies in a focus on increasing our electric vehicle range. This includes not only our all electric SUV crossover, the EQC, but also increasing our range of plug-in hybrids. Read our profile of the new C300de plug-in hybrid. If you would like the power benefits of a diesel car but also the tax and economic benefits of driving an electric, a hybrid is the best next step for you. With the government set to ban all new petrol & diesel cars by 2040, taking advantage of a hybrid drive today is a step toward the inevitable combustion-free future! If you drive for work, opting for a plug-in hybrid can have huge advantages on your Benefit-In Kind Tax. Use our free Company Car Tax calculator to find out how. Mercedes-Benz is committed to driving innovation in low emission engines, and the mobility of the future. Our pioneering engineers are always working on creating the most efficient diesel engines possible. [embed]https://youtu.be/FgBL_1VEr6U[/embed]

Read our guide to the benefits of driving a diesel car.