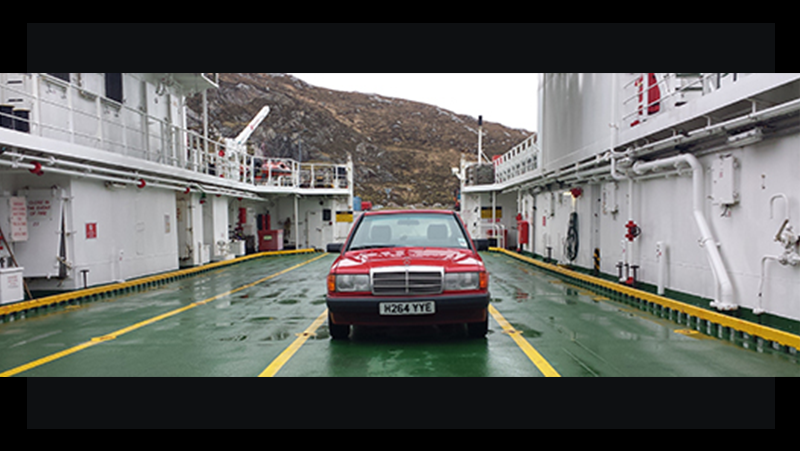 10 Sep 2018
The origins. Travelling from coast to coast armed only with his Mercedes-Benz 190 and the question, "What does the beach mean to you?" the manonabeach® series was born. manonabeach® is the title describing the ambition of one man and his quest to determine what different beaches mean to the different people that visit them. Now reaching 139 countries worldwide, manonabeach® has become a forum for all those who care for the coastline, and particular areas of it, to come together and share their stories. Mercedes-Benz South West spoke to the man behind the movement to find out more about this on-going adventure, his findings and the part his Mercedes-Benz has had to play in it all. Eager to let his findings speak for themselves, manonabeach® prefers to remain anonymous.

When asked what motivated him to begin his journey, he replied: "I think I noticed what everyone knows, when they think about it. The beach clearly has an enhancing effect on people and I was fascinated at the sheer variety of ways in which that happened - relaxing, supporting, fuelling creativity, providing escape, memories and fun, to name just a few of the answers I've had. It's an endless journey and enormously rewarding." Tell us about your Mercedes-Benz 190...  "The Mercedes-Benz 190 was a spare car that I'd bought for my wife as we always liked them when we were young. I used it as my 'manonabeach® car'. I then fell in love with it and have been round Britain five times in it over the last five years. Everyone I meet with it complements me on the car and it has never let me down; it is a reliable companion on an adventure and through some considerably hostile weather."

Based in Cornwall, manonabeach® has his fair share of coastal locations to choose from. We wanted to know his favourite: "I think a favourite beach is where something special happens. In my case, I'd have to say Gwithian beach in Cornwall, as it's where I experienced an overwhelming surge of confidence in the manonabeach® series idea during a Tuesday morning storm, early on in its development when I was having doubts." With an impressive number of beaches explored already, we asked manonabeach® what his plans were for the future: "I always hoped manonabeach® would turn into a place where people could send in their own answers to the question and I could disappear even further into the background, and this dream has been realised! I will continue to travel the coast until I get a definitive answer to, "What does the beach mean to you?" but I don't think I'll ever get one."

Do you still have your manonabeach® car? "I will never sell the 190. I will be able to open the garage door at any time in the future and do my 'This is where it all started...' speech. I have also bought a C-Class from Mercedes-Benz South West's Truro dealership and I am thrilled with it!" To find out more about manonabeach® and to explore what different beaches from across the world mean to those that visit them, visit: http://manonabeach.com
© 2022 Mercedes-Benz South West | VAT Reg. No.: 945 6630 01. Registered in England. Co. Reg. No.: 4306194