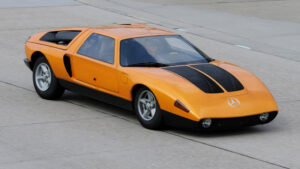 04 Aug 2020
The dawn of a new decade is enough to make anyone nostalgic and as we get ready to celebrate the release of the latest 70 Plate Mercedes-Benz, we thought what a perfect time to take a trip down memory lane to the 1970s. Though the political background was in turmoil, the 1970s was a transformative decade for music, fashion and cars!

- The 1970 world cup was won by Brazil. Defending champions England were knocked out by Germany in the quarter final. We haven’t won a World Cup since! - From 26–31 August the third Isle of Wight Festival attracted over 500,000 pop music fans, with appearances by Jimi Hendrix, The Who, The Doors and Joan Baez. - Formula One: The 1970 Formula One season was the 24th season of the FIA's Formula One motor racing. Jochen Rindt won the Drivers’ Championship but died four races before the end of the season. No other driver was able to surpass the Championship points he had earned, and he is the only driver to ever have been awarded the World Drivers' Championship title posthumously. - Mercedes-Benz C 111-II. In 1969, the Mercedes-Benz C 111 was a sports car of the future, with a Wankel engine and a futuristic body. Its gullwing doors were reminiscent of the famous 300 SL from 1954. Version II was introduced in 1970. [caption id="attachment_84481" align="alignnone" width="2169"]

© Image credit: https://www.mercedes-benz.com/en/classic/history/10-absolute-beauties/[/caption] - 12 July – Jack Nicklaus won the Open Golf Championship at St Andrews, defeating fellow American Doug Sanders in an eighteen-hole play-off. - The Stensham to Tewekesbury stretch of the M5 (Junction 8 – 9) opened in Feburary 1970. - 1970 was the last year of “old money” in the UK. Our currency “went decimal” in 1971 and we haven’t looked back. - The Beatles broke up after Paul McCartney published a ‘self-interview’ announcing that he was taking a break. - The record for the highest number of driving tests ever taken was set on 3rd August 1970 as Mairiam Hargrave of Yorkshire passed her driving test on her 40th try. - On 27th August 1970 Jimi Hendrix created his last studio recording at Electric Lady Studios in New York, an instrumental called "Slow Blues". He passed away from a drug overdose the three weeks later. [embed]https://www.youtube.com/watch?v=7p80MSFUOfk[/embed] - Britain’s first double mini roundabout was installed at Upton Cross in Dorset. - Richard Branson started the Virgin Group with discounted mail-order sales of popular records. - In 1970 48% of households did not have regular use of a car, this numbers dropped to just 24% in 2019. (https://www.racfoundation.org/motoring-faqs/mobility#a3) We’ve loved looking back at the 1970s, and we’d love to hear your memories. Do you have a retro photo of your family Mercedes-Benz from the 1970s? Send it to us at info@mercedes-benzsouthwest.co.uk for a chance to be featured on our social media channels. You can find us on Facebook, Instagram, YouTube, Twitter and LinkedIn for all the latest news and offers.

Our 70 Plate Release Event is taking place from Monday 10th - Sunday 16th August.  Sign up today for your chance to save up to £10,800* on a brand new Mercedes-Benz!