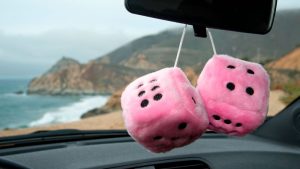 28 Dec 2019
As a road user it’s important to keep up with the latest updates to changes in UK driving law to ensure that you’re always following the latest guidelines. There has been several updates and announcements made in 2019, and so we have put together a round up to ensure that you are up to date.

In April 2019 the government implemented a tax increase in line with the rate of inflation, and to also reflect environmental impact from certain vehicles. The changes translated to a maximum annual increase of £65. The government pledged that the £28.8nillion raised from the VED increase would be reinvested directly into the road network. Read our guide to the VED changes.

This Summer the Department for Transport announced update guidance on the use of smart motorways. The addition to the Highway Code states ‘if red lights flash on a signal and a red “X” is showing, you must not drive in the lane shown as closed beyond the signal. This applies until you pass another signal indicating that the lane is no longer closed. Added wording to say that if red lights flash on a signal in the central reservation or on the side of the road and lane closed sign is showing, you must not go beyond the signal in any lane’. Drivers not adhering to this law can be liable for a £100 fine and three penalty points. Be sure to read the road and follow the updates used on smart motorways, which are designed to reflect the live traffic environment.

Earlier this year a new crackdown on potentially distracting car decoration was announced. In August 2019 police announced a new crack down on invasive sat navs, decorations (such as fluffy dice), stickers and excessively dirty windscreens in a bid to reduce the risk of crashes due to impaired vision. Rebecca Ashton, head of driver behaviour at IAM RoadSmart, said: “Anything hanging from the rear-view mirror or anything placed on the windscreen could restrict the driver’s view… things people use tend to vary from air fresheners and dice hanging from the mirror to fans, large sat-navs and even using the navigation on an iPad. “Missing something because you had something obscuring your view could potentially be extremely dangerous, good driving involves exceptional observation skills, seeing things early allows you to anticipate and plan how you deal with hazards.” The announcement included details of a £100 on-the-spot fine, increasing to £1,000 and three licence points if the case is proved at court. Make sure that any in-car decorations or technology is not obstructing your view, and keep your windscreen nice and clean to ensure that you are on the right side of the law. [caption id="attachment_73276" align="alignnone" width="1802"]

The European Council announced that breathalysers must be able to be fitted into all new cars from 2022 in a landmark decision this summer. The technology will stop over the limit drivers by using alco-lock technology to ensure that the car cannot start when an over the limit reading is received. The European Transport Safety Council (ETSC) said the measures could cut collisions by 30% and save 25,000 lives across Europe over the next 15 years. The UK is yet to confirm their position on the ruling post-Brexit.

The government announced updates to the laws around mobile phone use in cars, to properly reflect the multiple uses of the modern smart phone. The tightening up of the law means that mobile phone activities such as browsing the internet, finding music or using the camera will now be punishable to the same degree as using a hand-held phone. Transport Secretary Grant Schapps commented  “We recognise that staying in touch with the world while travelling is an essential part of modern day life but we are also committed to making our roads safe. Drivers who use a hand-held mobile phone are hindering their ability to spot hazards and react in time – putting people’s lives at risk." Link your phone to your vehicle using Bluetooth connectivity to stay safe.

The European Parliament also approved the fitting of Intelligent Speed Assistance technology in all new cars from 2022. The technology uses speed-sign recognition to advise drivers of the speed limit and then limits engine power which prevents the vehicle from exceeding past the speed limit, unless manually overridden by the driver. Speed Assistance already exists in a variety of the latest Mercedes-Benz models. Read more about our Driver Assistance Programmes.

Sign up to our newsletter for the latest driver news and updates on the latest Mercedes-Benz technology.